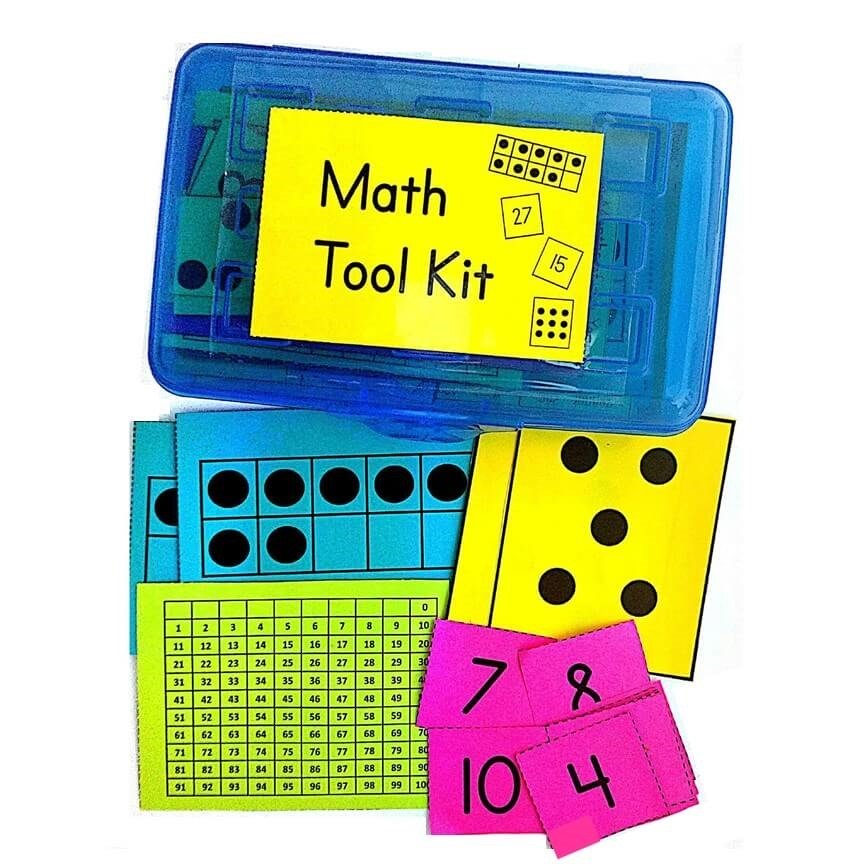 Ten frames and dot cards can be used to develop students’ subitizing skills, the ability to “instantly see how many”. This skill plays a fundamental role in the development of students’ understanding of number. Two types of subitizing exist. Perceptual subitizing is closest to the original definition of subitizing: recognizing a number without using other mathematical processes. For example, a child as young as two might “see 3” without using any learned mathematical knowledge. Conceptual subitizing is being used when a person sees an eight dot domino and recognizes the number pattern as a composite of parts and as a whole. For example, the domino may be seen as being composed of two groups of four and as “one eight" or as four groups of two.

Enlarged dot cards can be used during mental math sessions to prompt mental images of numbers and different mental strategies for manipulating these numbers. Activities with enlarged ten frames enable children to automatically think of numbers less than ten in terms of their relationship to ten, and to build a sound knowledge of the basic addition and subtraction facts for ten, which are an integral part of mental calculation.

Listed below are a few examples of the many ways that these materials can be used during mental math sessions and/or in math centers to build number sense:

Flash
Flash a dot or ten frame card briefly and have students write the number on a whiteboard. Using dry erase boards rather than having students say the number, ensures that all children attempt to respond and allows the teacher to assess class progress. When the response is oral, not all student responses are audible. Encourage students to share the different strategies used to find the total number of dots for cards, “How did you see it?” This can be varied by asking students to write the number and draw the pattern they saw, or by having them build the number flashed on their own blank frame.

I Wish I Had 10
Flash a dot card or ten frame showing 9 or less and say, “I wish I had 10”. Students respond with the part that is needed to make ten. The game can focus on a single whole, or the “wish I had” number can change each time.
Variation: teacher flashes card and students write the complement of ten on individual whiteboards with dry erase markers.

I Wish I Had 12
As above but students respond with how many more are needed to make twelve. Students should be confident in facts of 10 before this is attempted. For example to go from 8 to 12, they should realize they need 2 more to get to 10, then 2 more to 12. 2 and 2 is 4.
Variation: students draw an empty number line on their whiteboards to show the two jumps used to get to the target number. 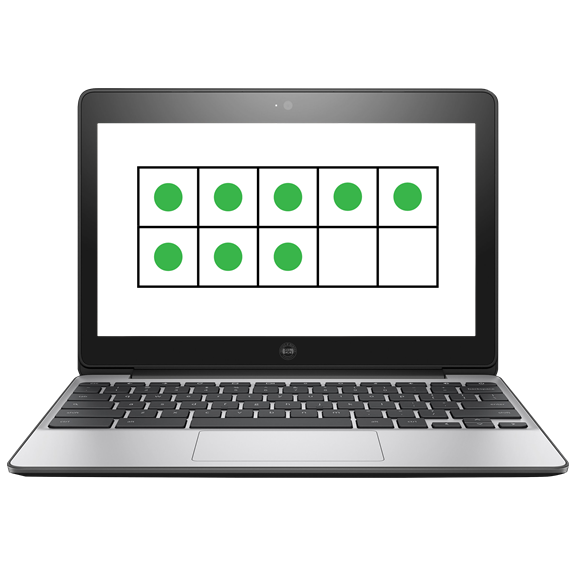 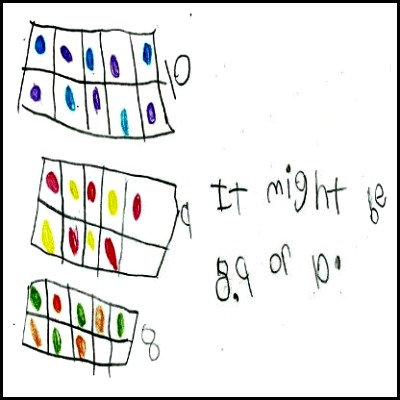 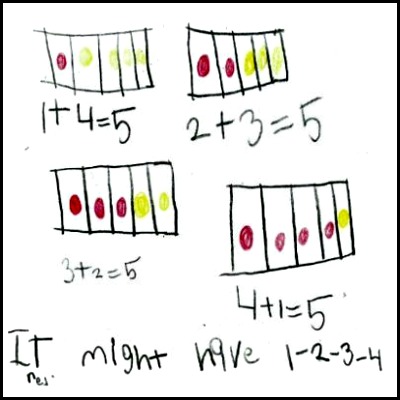 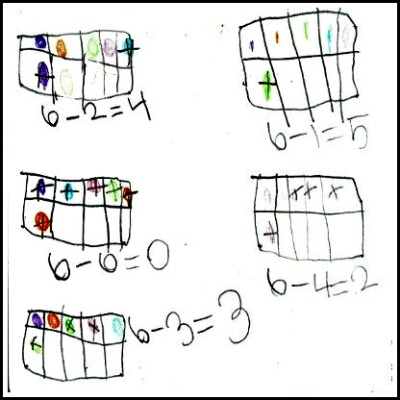 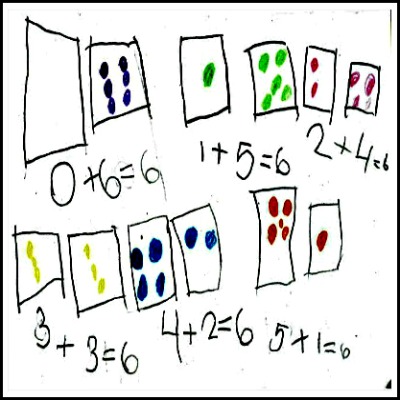