The rekenrek, or arithmetic rack, was designed by Adrian Treffers, a mathematics curriculum researcher at the Freudenthal Institute in Holland, to support the natural development of number sense in children. Smaller versions consist of two rows of 10 beads. Larger versions with ten rows of ten beads are also available. Each row is made of five red beads and five white beads. This allows students to make mental images of numbers. Using 5 and 10 as anchors for counting, adding and subtracting is obviously more efficient than one-by-one counting. This tool provides learners with the visual models they need to discover number relationships and develop a variety of addition and subtraction strategies, including doubles plus or minus one, making tens, and compensation, thereby leading to automaticity of basic facts. 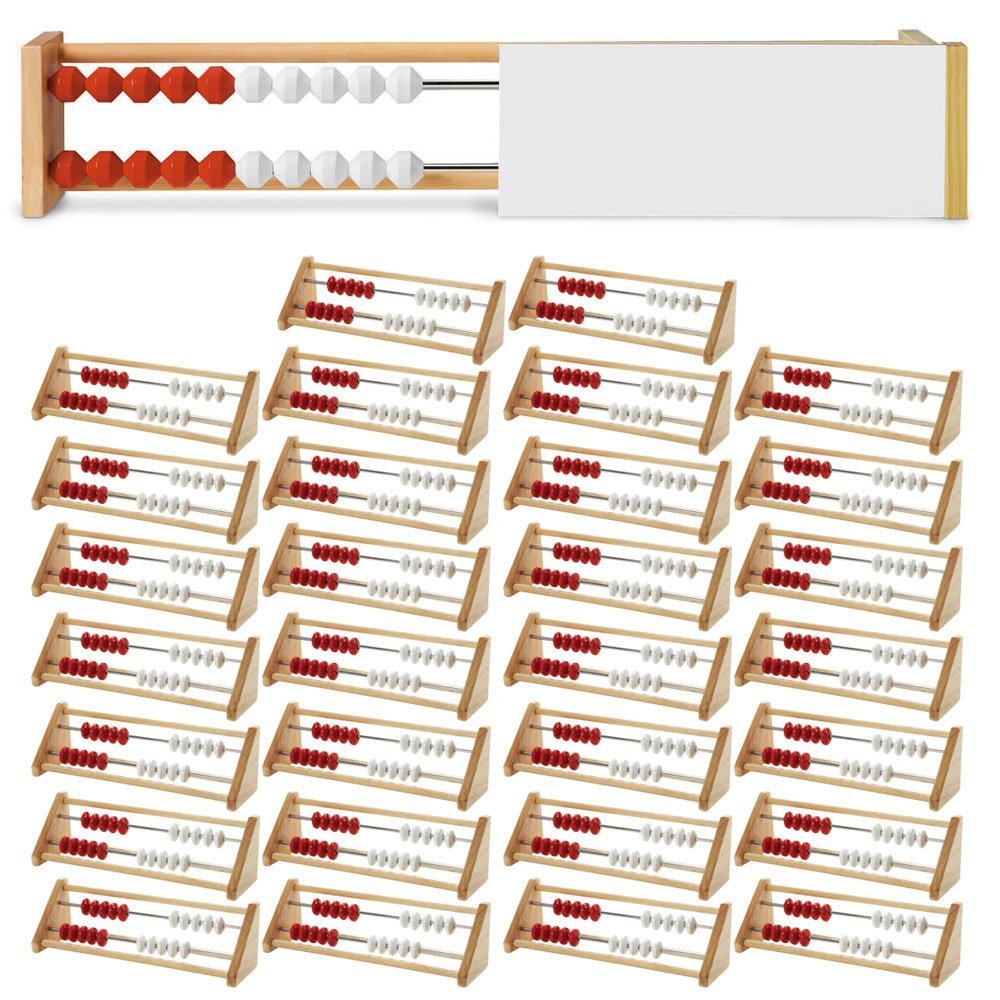 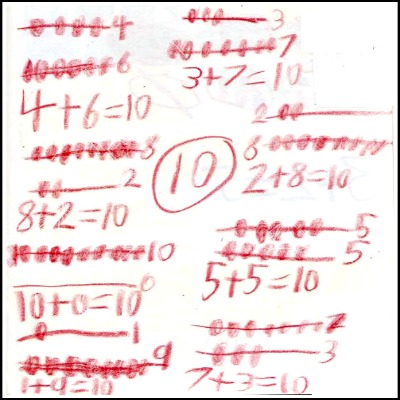 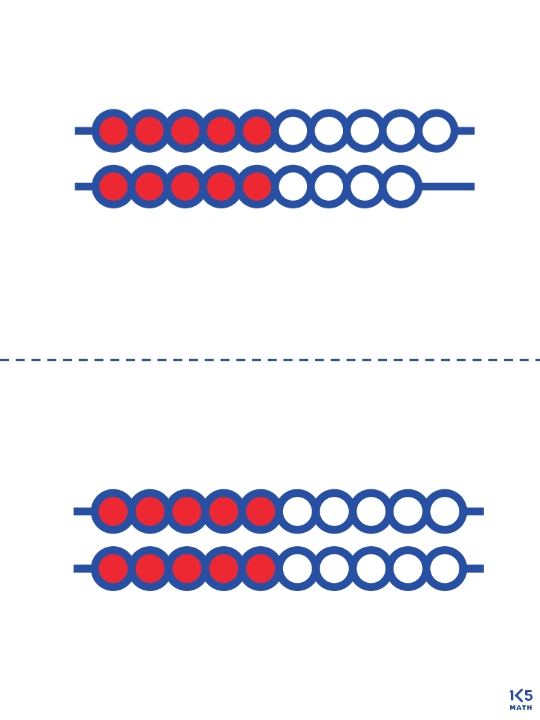 Click on the blue text below to download prompt cards and flashcards to use during mental math sessions. Print on cardstock and place on a ring for teacher reference or place in a math center for children to use when working with a partner.

Interested in using rekenreks in your class but don't have the budget to buy a class set? See our instructions on how to make a class set for just a fraction of the price of store bought models. 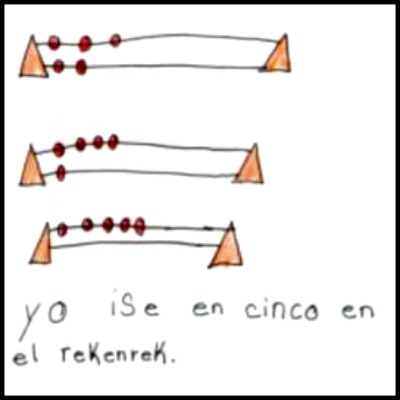 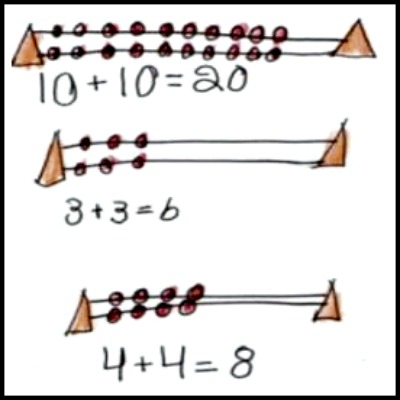 The above two work samples were completed by a Kindergarten student who represented her work very clearly on the unlined pages in her Math Journal using pictures, numbers and words. To begin with some Kindergarten students may find it difficult to represent their work on paper. Having recording paper available for children who choose to use it is one way to scaffold early attempts at drawing.


Amazon Associates Disclosure
K-5mathteachingresources.com is a participant in the Amazon Services LLC Associates Program, an affiliate advertising program designed to provide a means for sites to earn advertising fees by advertising and linking to Amazon.com